Statement of commitment and belief

Barton Peveril Sixth Form College is fully committed to equality and diversity. The College actively seeks to monitor, advance and encourage the active participation of all individuals and groups. It fully meets its commitments to equality and diversity legislation and strives to uphold the spirit as well as the letter of the law, celebrating the enrichment brought to the workforce and student population by differences in individuals and groups.

At Barton Peveril, we keep constant and continuous watch on our data. In the academic year 2018-2019, we found that female students outperformed their male counterparts in some subjects. This has informed our decision to target this inequality in the relevant subject areas. In addition, students who were previously in receipt of Pupil Premium at school are potentially at risk of underperforming. We are now monitoring this group and doing interventions to promote and support where needed.

The role of the committee

The committee consists of staff and students who voluntary come together to raise awareness of equality, diversity and inclusion. Led by the ED&I Coordinator, they are responsible for taking the lead in developing the equality and diversity and fundamental British values activity across College, including ways in which to advance and celebrate diversity and ensure equal opportunities for all. They also provide advice and feedback to the Senior Leadership Team and contribute to the Equality and Diversity Annual Report. The College’s quality cycle and self-assessment reports monitor student progression which includes focused analysis of various groups within the college. An action plan is produced to address any underperformance. 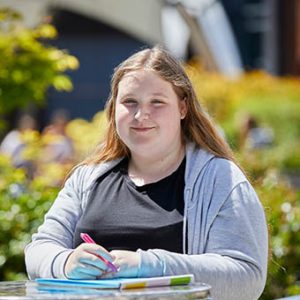 “I want to study in America. I love the idea of a Liberal Arts College and I know that it’s for me. Barton Peveril has helped me from the very beginning, from help with my application to advice on how to apply.”

Read more about Natalie and some of our other students.