An IT teacher from Barton Peveril has bravely shaved her head for charity to raise funds for a revolutionary new 3D brain surgery system.

Andree Westbrook is among 12 people from Hampshire who are losing their locks in support of FebBRAINairy – a campaign promoting support for neurological conditions and their treatments set up by Andree’s husband at charity Smile4Wessex. 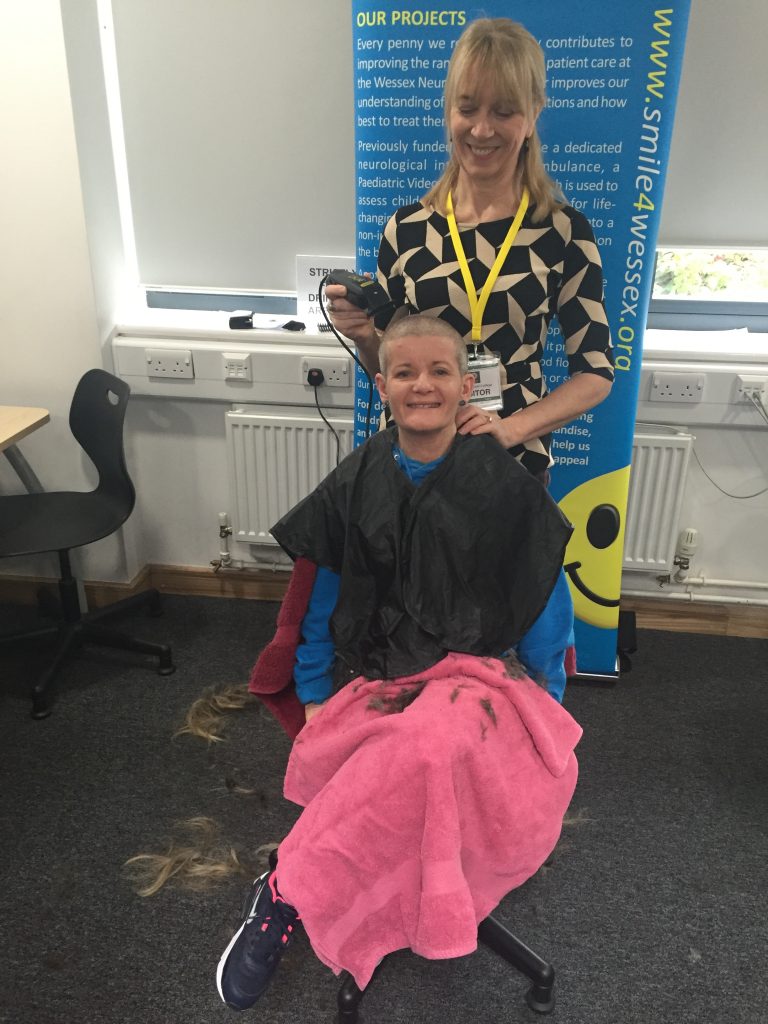 The charities target of £100,000 would purchase a brand new ‘VisionSense’ 3D-endoscopic neurosurgery system which will make life-saving operations easier and safer than current 2D technology.

Andree is hoping that by going bald she’ll help reach their target within the college she’s worked in for the last 16 years with the support of the staff and students. She said: “Smile4Wessex was set up in memory of a family friend of mine who suffered a brain haemorrhage in 2002. He would have been 30 this month, so if having my head shaved for FebBRAINary can help propel the charity to the £100k target needed for this latest project, then it will be well worth it.” 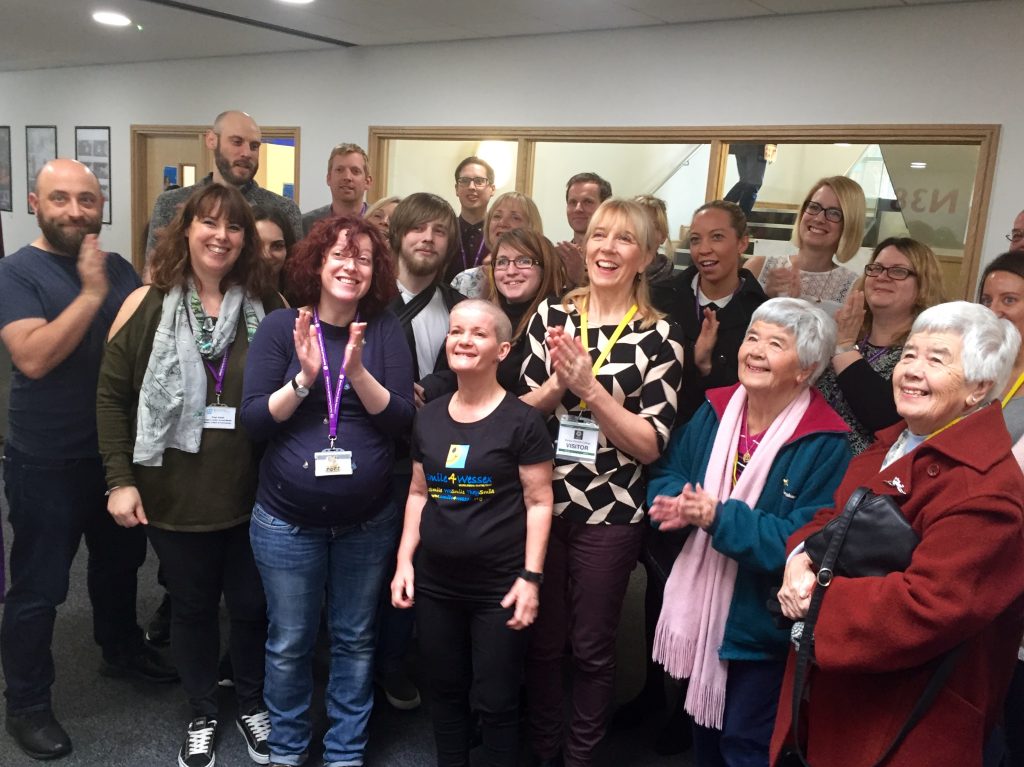 Admirable Andree with her family, staff and students at Barton Peveril

Principal of Barton Peveril Sixth Form College, Jonathan Prest was among those supporting Andree as the razor gave her a radical new look. He said: “Our staff and students have total admiration for Andree’s bravery. Shaving her head is such a selfless thing to do, and she’s setting an inspirational example to our college community. Our staff and students have applauded her courage and been very generous in their support.” 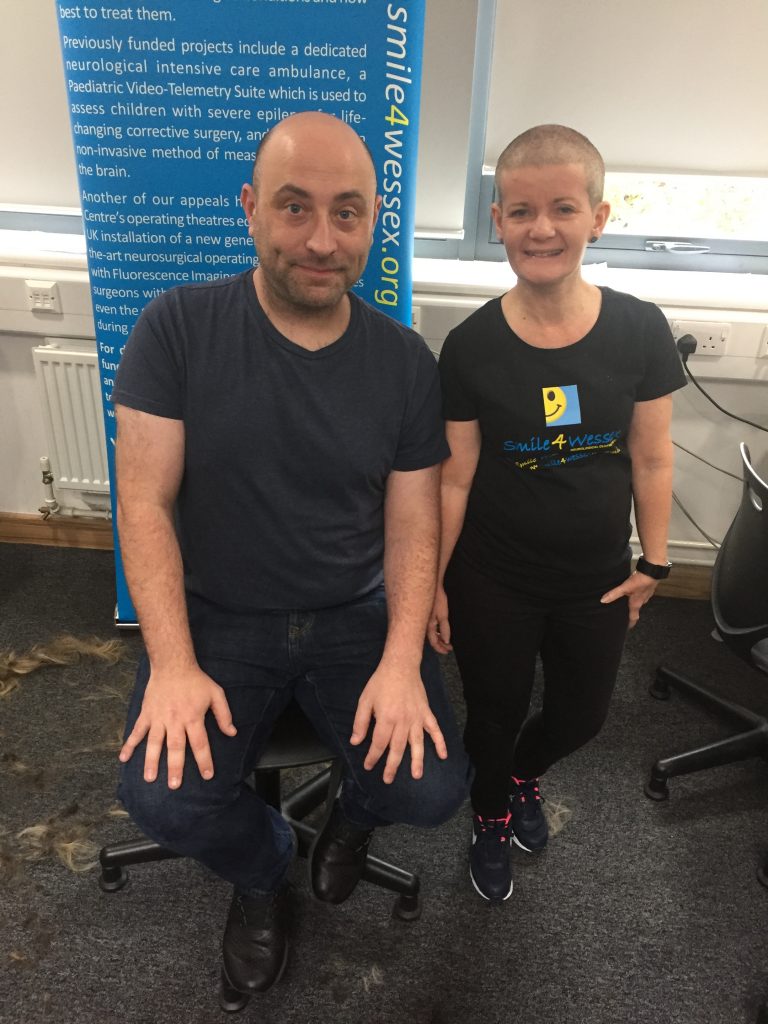 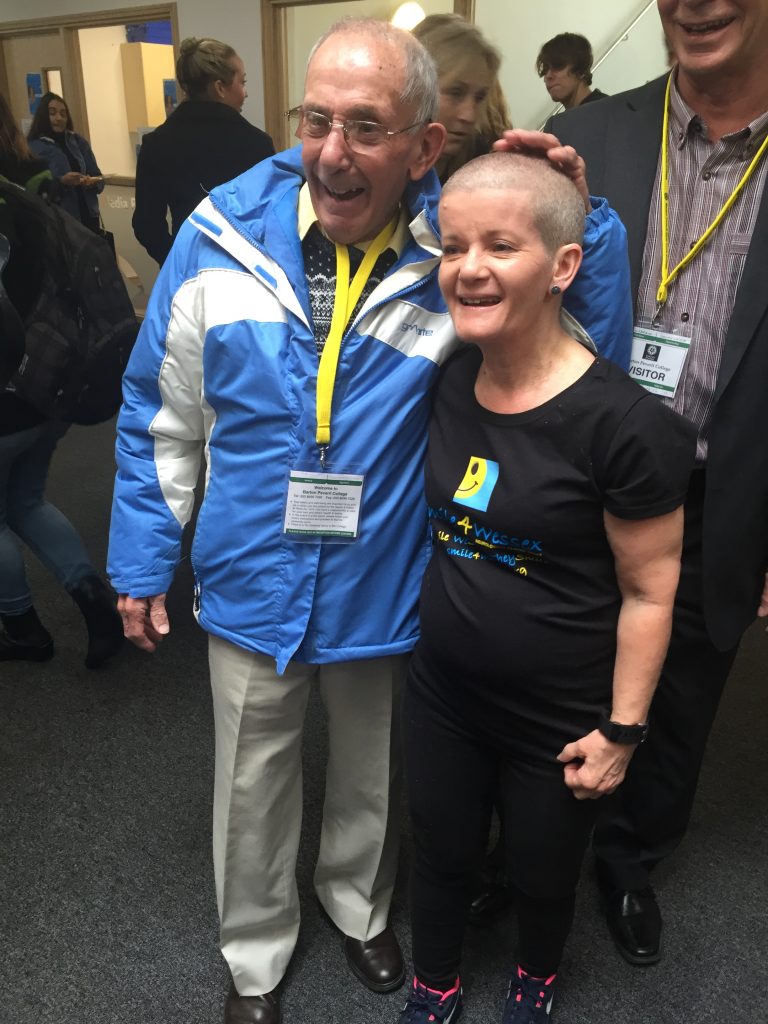 Andree and her Dad

For further details of the VisionSense 3D-Endoscopic Neurosurgery project, and of all those taking part in febBRAINairy, please visit www.smile4wessex.org