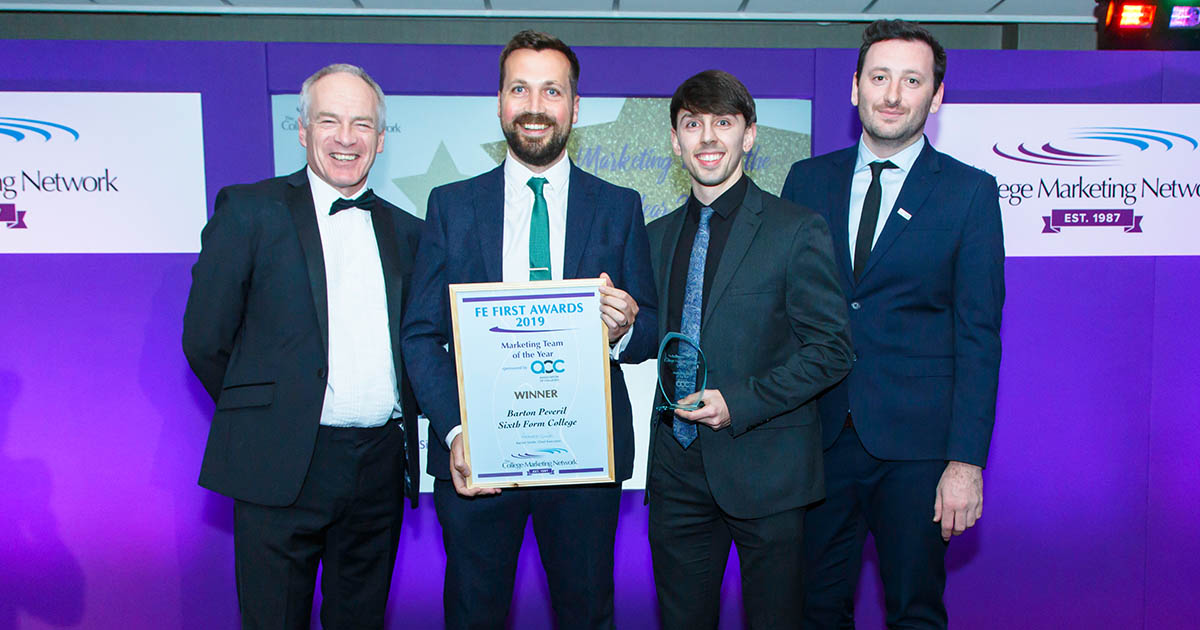 Barton Peveril Sixth Form College’s Marketing Department has been named Team of the Year, at the national FE First Awards 2019.

Alongside winning the Team of the Year award, the team also received two additional awards during the event hosted by the College Marketing Network on Monday 2nd December 2019.

“I am absolutely thrilled that my team has been recognised nationally as the Marketing Team of the Year at the FE First Awards. My colleague George Robson and I have worked hard to deliver events and campaigns to attract the best students to Barton Peveril. We are privileged to work at a fantastic College, with great colleagues, and a clear focus on improving the lives and experiences of thousands of young people each year.”

Marketing Departments from Colleges throughout the country entered for the awards, which were then assessed by an expert panel of judges from the sector. Award winners were classified as ‘Highly Commended’, ‘Silver’ or ‘Gold’. Barton Peveril’s award-winning team were ‘Highly Commended’ for their Events Management, awarded a ‘Silver’ for their Social & Digital Media Campaign, and were the overall ‘Gold’ winners of the Marketing Team of the Year.