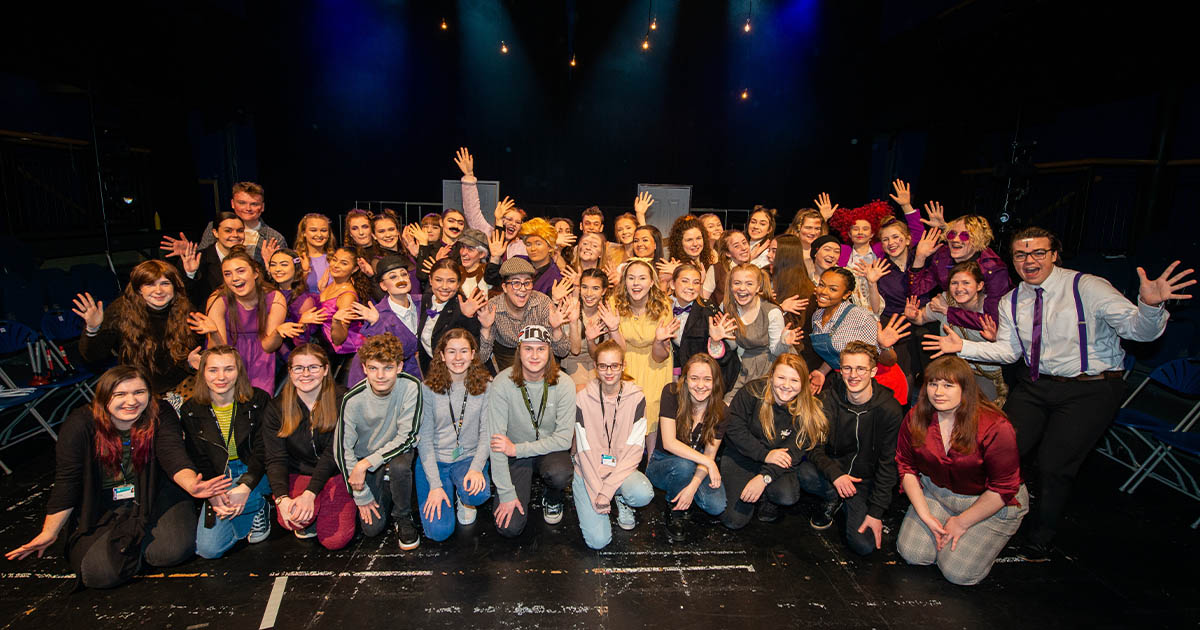 Barton Peveril Sixth Form College’s first year Performing Arts (Musical Theatre) students performed Urinetown: The Musical to large audiences, in the College’s own Rose Theatre. The students performed in front of the local community, their friends, and their families across two nights, on 29th and 30th January 2020.

Urinetown: The Musical is a satirical comedy where, during a twenty-year drought, all use of private toilets are banned and all bathroom activity must take place in public toilets. This is the first-year students’ inaugural production, showcasing the talent of the new Barton Peveril Performing Arts students. 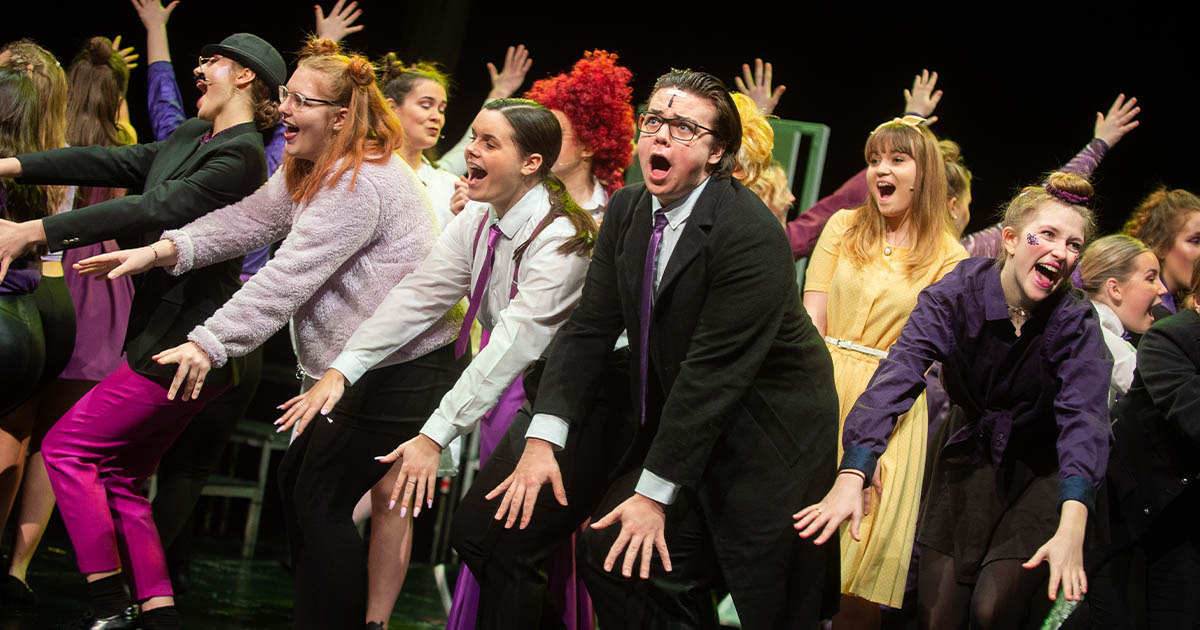 Speaking on the students and their successful first production, Director of Performing Arts Anneka Wass said:

“We are immensely proud of the students, who approached this challenging political musical professionally and passionately. Each of the students worked hard to overcome the difficult aspects the piece threw their way and put on incredible performances across both dates. We cannot wait to see how they continue to grow, across their time at Barton Peveril.”

Student Lily Wilde, who formerly attended The Toynbee School and featured in the production, said:

“I’ve really enjoyed performing in Urinetown as my first college production. Being part of the ensemble has allowed me to show the Brechtian style of acting which we studying in acting technique classes. I’ve loved being part of this as it’s helped bring our class together, and I hope our future productions will be just as enjoyable!”