Barton Peveril Sixth Form College students performed in a Choral Concert at Romsey Abbey on Tuesday 3rd December. The students were joined by pupils from The Mountbatten School, Swanmore College and Wyvern College and residents from Wyvern Community Choir and the City of Southampton Orchestra.

The College students performed Vivaldi’s “Gloria” in the festive concert, selling a large number of tickets to an audience of friends, family, teachers, and local residents. 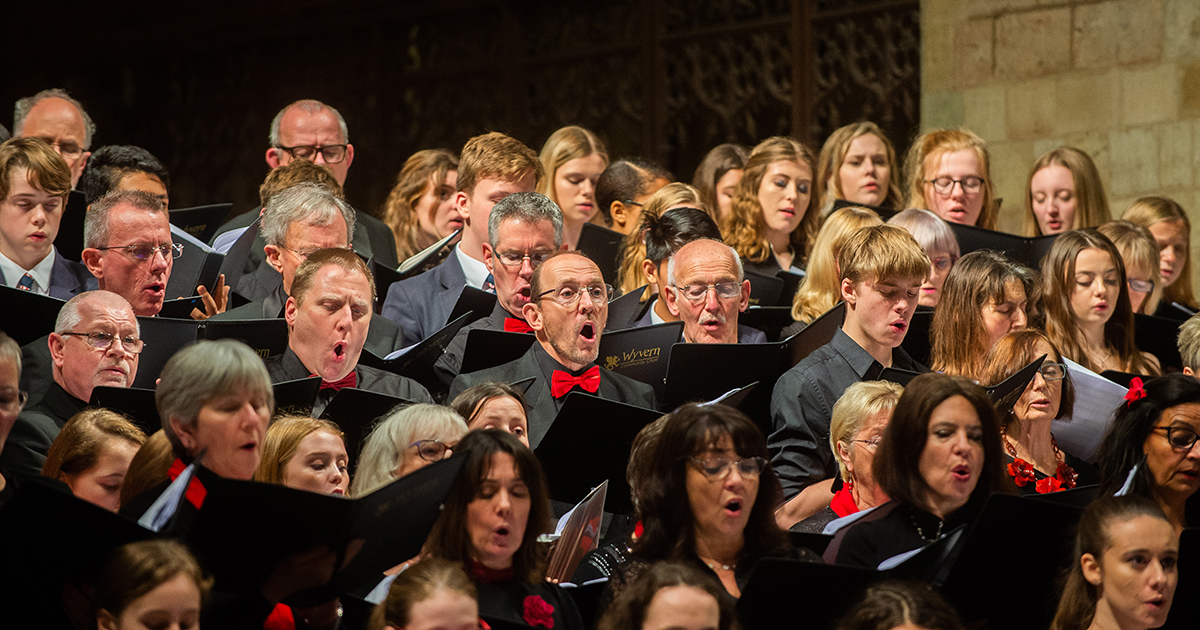 “We are delighted that Barton Peveril students have the opportunity to perform in such a stunning venue, with a large number of talented pupils and individuals from the local community. The Concert provided an invaluable opportunity for our students to work alongside a full Orchestra and a large choir with people of all ages.”

Barton Peveril student Oliver Ingoe, who participated in the event and previously attended The Mountbatten School in Romsey, said:

“The whole evening was utterly amazing. The thrilling feeling of being surrounded by a powerful orchestra and a gigantic choir in such a beautiful Abbey was simply incredible.”