Barton Peveril Sixth Form College are celebrating their best ever A Level results, with a 99% pass rate. A record number of students sat A Level exams this year, with a total of 3297 A Levels taken.

Amongst the students that received their results, 14 were offered places to study at the Universities of Oxford and Cambridge. Other destinations for Barton Peveril’s successful students include Russell Group Universities, top Conservatoires and highly sought after Apprenticeships. 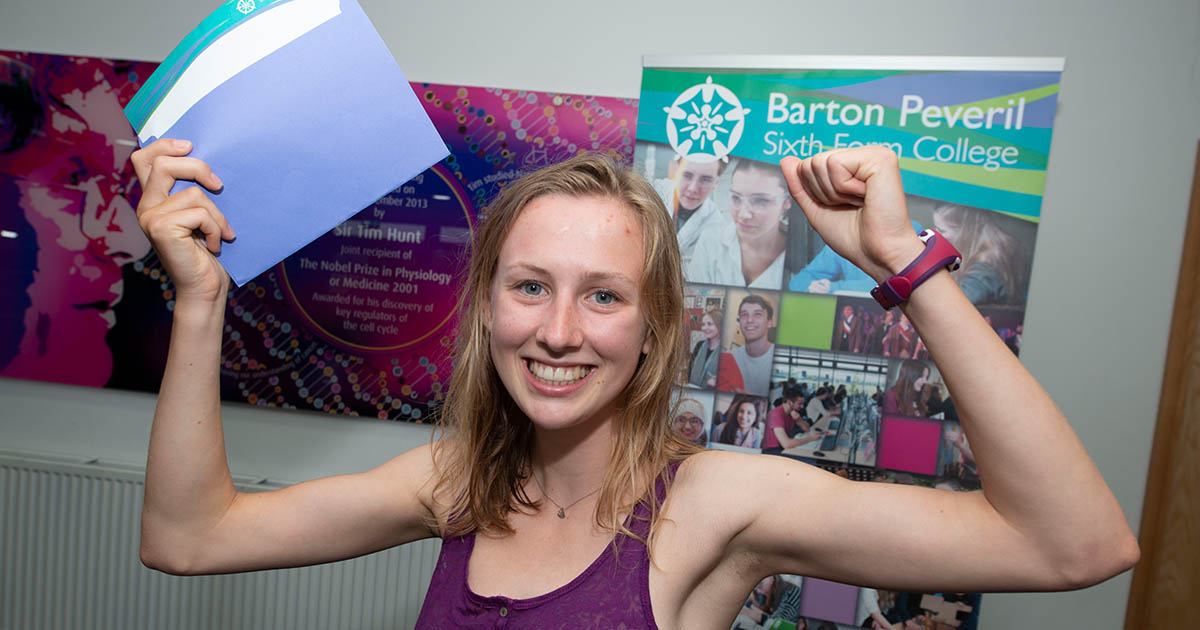 Lauren Mackenzie, who is celebrating four A*s and securing her place at the University of Oxford

Former The Gregg School pupil Rory Hine also secured his place at one of the country’s most prestigious universities. Rory achieved four A*s and was able to accept his offer to study Mechanical Engineering at Churchill College, University of Cambridge. Speaking after receiving his results, Rory said:

“If you’re willing to work hard, Barton Peveril will give you some amazing, individual support for university admissions.”

Student Sam Gale was also successful in his results, achieving a Distinction*, A, B and B. The former Wyvern College pupil is now set to pursue a Degree Apprenticeship with the Defence Science and Technology Laboratory, an executive agency for the Ministry of Defence. 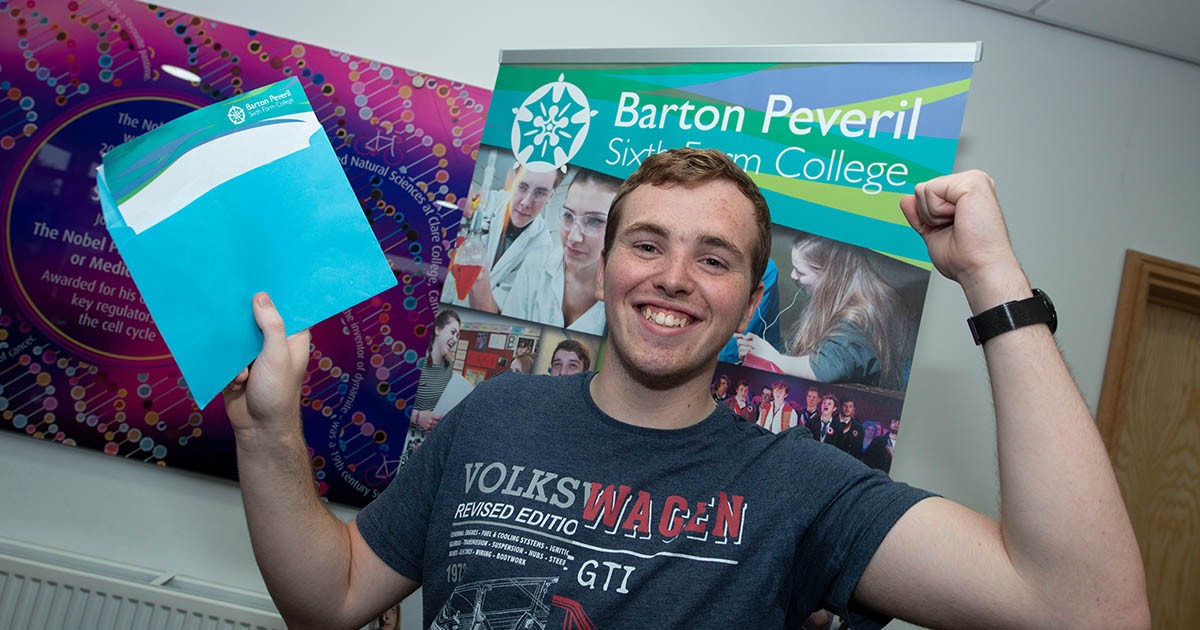 Barton Peveril student George Berry, formerly of Hounsdown School, is heading off to London Metropolitan University to study Police Studies, Procedure and Investigation after achieving three Bs and a Distinction* in his results.

Principal Jonathan Prest praised the success of this year’s A Level students.

“Today we are immensely proud of the achievements of Barton Peveril students and we congratulate each and every one of them on their success. These are the best A Level results we have ever seen at Barton Peveril and it is the result of a great deal of hard work on the students’ part over the past two years.

“I’d like to pay tribute to the dedication and expertise of our staff and let’s remember how parents, family and friends support students through the pressure of coursework and the exam period. Over three quarters of our leavers will be starting courses at University this year or next and all Barton students have been supported with their studies for a successful future.”