Barton Peveril Sixth Form College have achieved their best ever results, for the second consecutive year. The College saw improvement across all their results and again achieved a 99% A Level pass rate.

Amongst the students that received their results, 15 were offered places to study at the Universities of Oxford and Cambridge. Other destinations for Barton Peveril’s successful students include Russell Group Universities, top Conservatoires and highly sought after Apprenticeships. 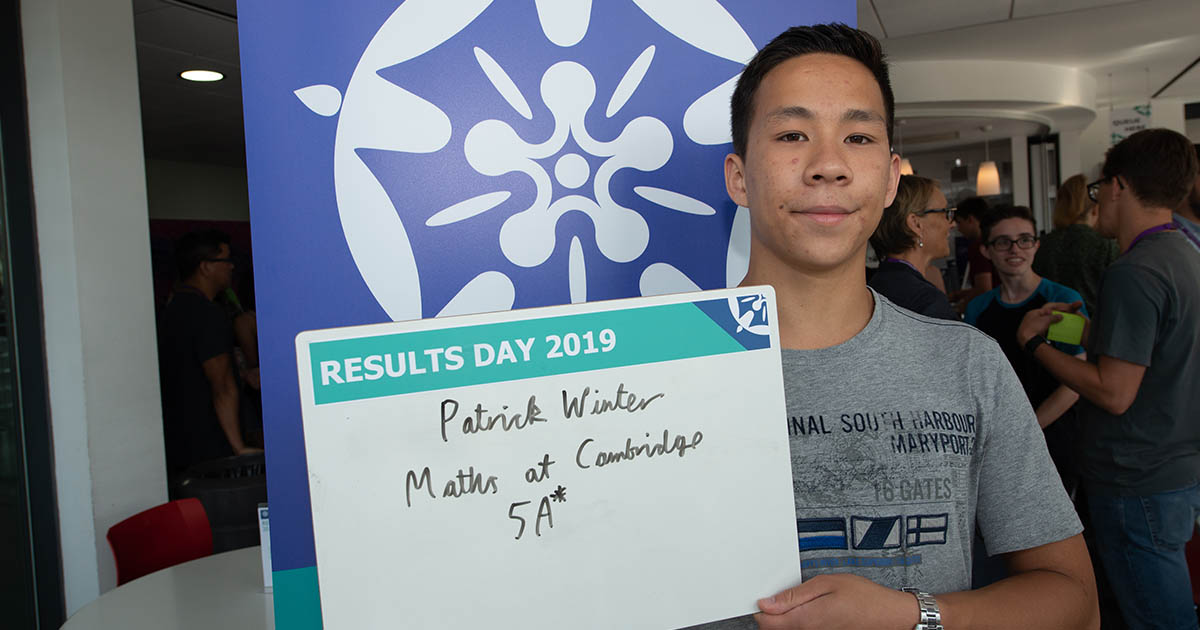 Former Thornden School pupil Patrick Winter secured his place at one of the country’s most prestigious universities. The Chandler’s Ford student achieved A*s in Physics, Chemistry and Computer Science this year, already achieving A*s in Mathematics and Further Mathematics early in 2017 and 2018 respectively. Patrick was able to accept his offer to study ­­Mathematics at the University of Cambridge’s Trinity College and, speaking after receiving his results, said:

“I’m so glad the wait is over and eagerly look forward to the start of my University adventure! I must thank Barton Peveril for support during two phenomenal years!” 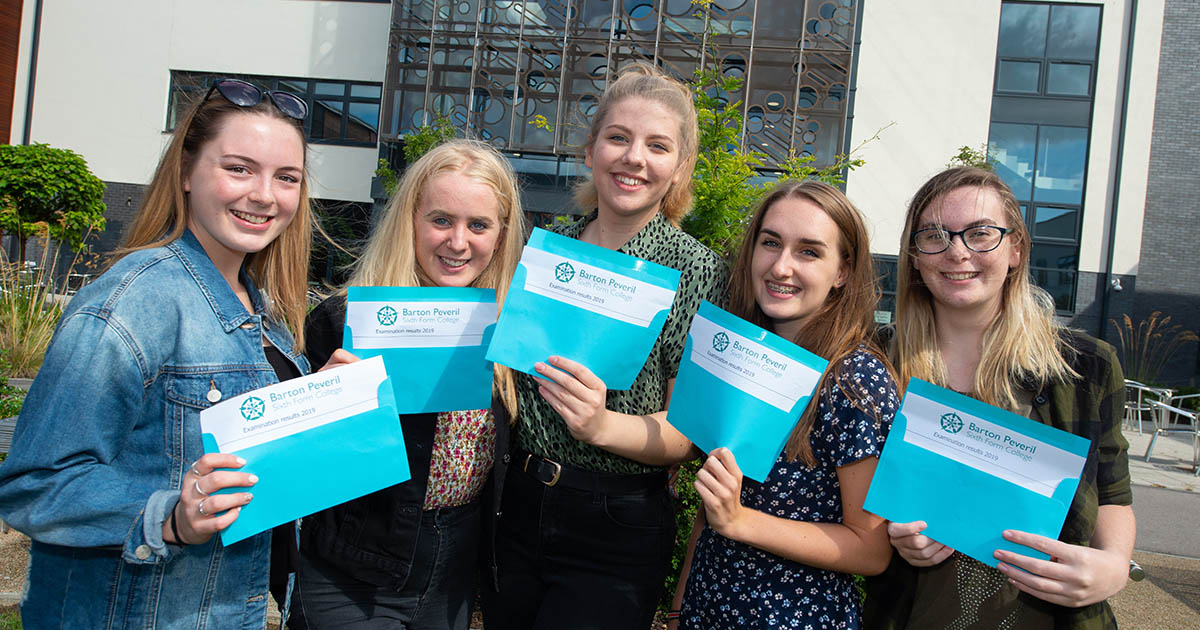 Sarah Daly (pictured left) achieved a fantastic set of results and is now pursuing a career in Television.

Student Sarah Daly was also successful in their results, achieving AAB. The former Bitterne Park Seconday School pupil is now set to pursue a career in the TV industry through her place on The Network 2019 talent scheme.

Speaking on the scheme, Sarah said:

“I will be heading to Edinburgh TV Festival on August 20th – 23rd, for four days of masterclasses and workshops led by industry professionals and panels with the biggest names in the TV industry. I have already been to BBC Birmingham and Channel 4 in London for assessment days and have learned so much through the application process – I am really looking forward to see what the future has to hold.”

Chanel is going to the University of Southampton after collecting her results.

Barton Peveril student Chanel Radford, formerly of Crestwood Community School, is heading off to the University of Southampton to study Law after achieving a strong set of results. Speaking on her success, Chanel said:

“I’m so happy that all the hard work has paid off and I can’t wait to start the next chapter of my academic journey. None of this would have been possible without the amazing staff at Barton Peveril.”

Principal Jonathan Prest praised the success of this year’s students:

“It has been an incredible year at Barton Peveril. Congratulations to our students and staff on a record breaking set of results this year. They have worked incredibly hard to achieve this and let’s remember friends and family who have supported students throughout.”
“With such excellent results, more students than ever have achieved the grades they need for top Universities, Conservatoires and Apprenticeships. I wish them every success with their next steps.”

One comment on “Barton Peveril’s Best Ever Results Day”