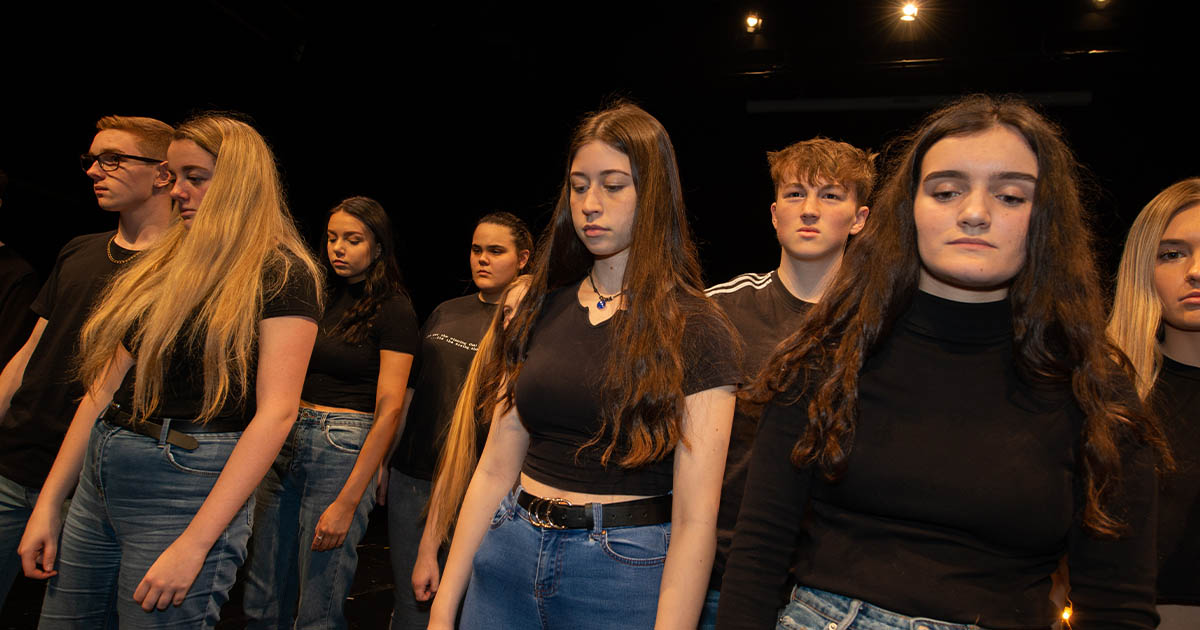 Love and Information is split into seven parts, with multiple scenes in each part, and gives total creative freedom to the director. The Barton Peveril students were free to choose the order of each of the scenes themselves, sharing the lives of each of the play’s 100 characters in their own, unique style.

This is the first time the Performing Arts (Acting) students had taken to the stage at Barton Peveril, since joining the College in September. This is one of numerous productions they will perform, across the remainder of their time at the College.

“The students are so talented” 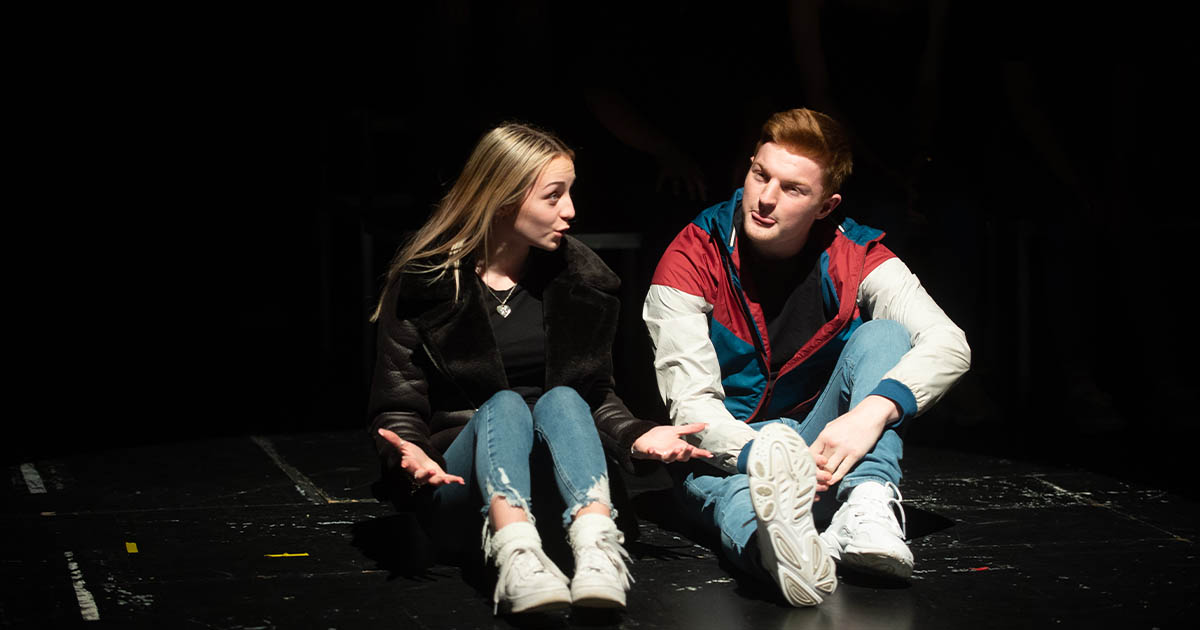 “This was a really complicated first show for the students but they were fully committed and worked so hard. There are 57 scenes in total and over 100 characters but the students are so talented that they made the rehearsals feel easy.

“They should all be incredibly proud of their performances and the high levels of professionalism that they showed throughout the whole process, I can’t wait to work with them on their next show!”

“Love and Information has been an experience like no other. The rehearsal process was hard but everyone worked so hard to piece it all together making the final result amazing. When show night came around, we all worked together and put on a fantastic show, one like no other which I had been in before. We all loved the experience and can’t wait for out next show The tempest!”