The students performed in the College’s Rose Theatre on Wednesday 4th March to prepare for their performance in one of the city’s biggest performing arts venues. The event was a sell-out, with school pupils, residents from the local community, teachers, friends, and family in attendance.

National Theatre Connections gives students from across the country the opportunity to perform their own rendition of one of a set of plays. The students with the best rendition of their chosen play will then perform it at the Royal National Theatre, London in the summer.

The Barton Peveril students, who are in their second year of study at the College, are performing their rendition of Crusaders by Frances Poet for the annual event. This is the second consecutive year the College has participated. 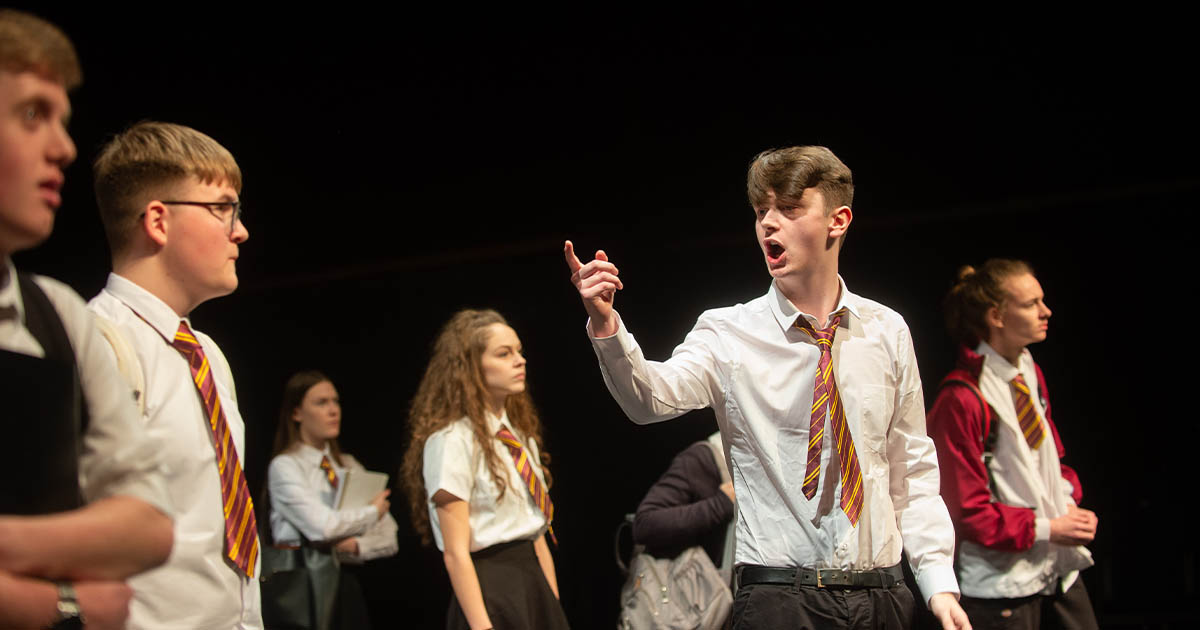 “This production has helped me massively in widening my skills in performing as well as allowing myself to be in a piece that I am not used to. I am so glad I did this production as I am now more confident in my abilities; our teacher has been fantastic all the way through this process and made rehearsals fun as well as challenging our creativity.”