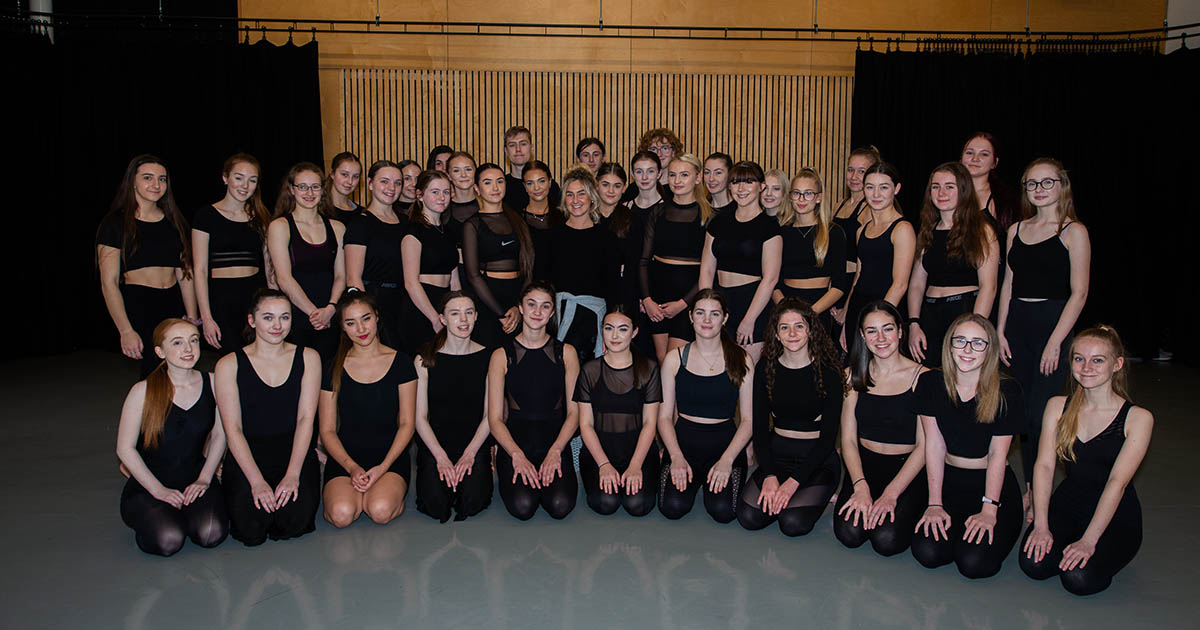 Barton Peveril’s Dance Company, during rehearsal for the performance.

The students performed as part of The Stars in Our Eyes, an event organised by Mardi Gras giving young performers the opportunity to showcase their talent in the world’s most prestigious venues. The venue, Sadler’s Wells, is a world-leading Dance venue situated in London that has hosted theatrical events for over three centuries.

The Dance Company, consisting of students who both study Dance at A Level and Dance as part of their enrichment programme, performed two pieces choreographed by Barton Peveril Subject Leader for Dance, Laura Harvey. The pieces involved a complex series of moves and lifts, with students being propelled into the air for spectacular finales to both pieces.

“Outstanding from start to finish” 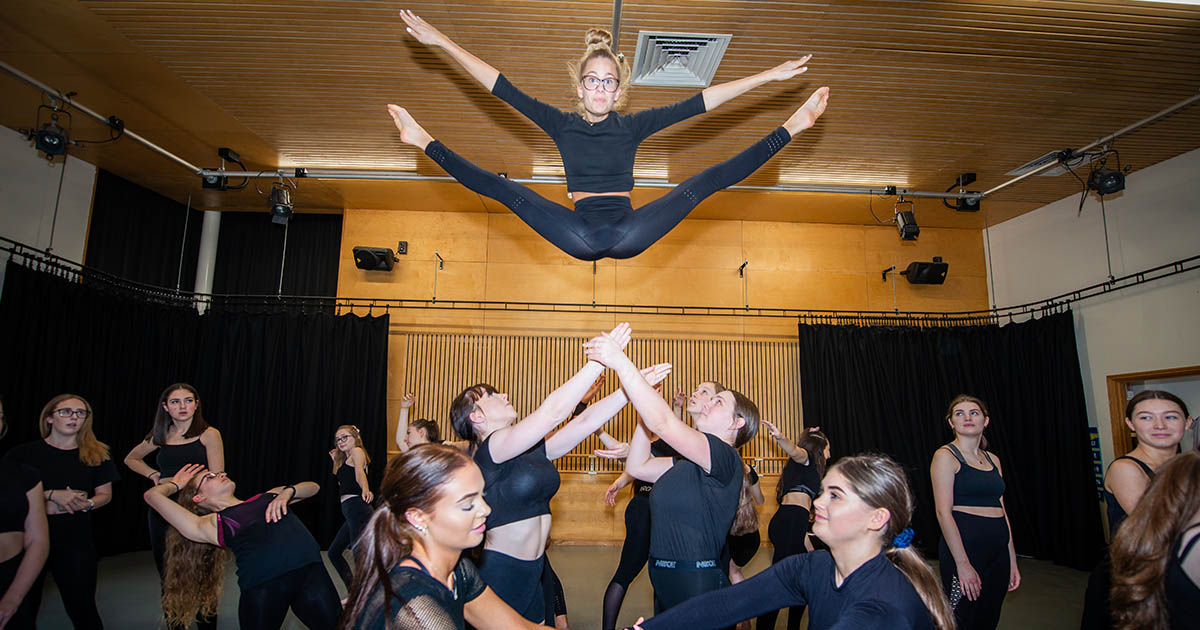 “I am beyond proud of all the dancers, they were outstanding from start to finish and committed completely to all their performances. Their hard work and talent was showcased on such an iconic stage with a full capacity audience, the dancers really were exceptional”

“Performing on a world-renowned stage like Sadler’s Wells was an incredible experience. The buzz after coming off was something out of this world and is a feeling I will never forget.”