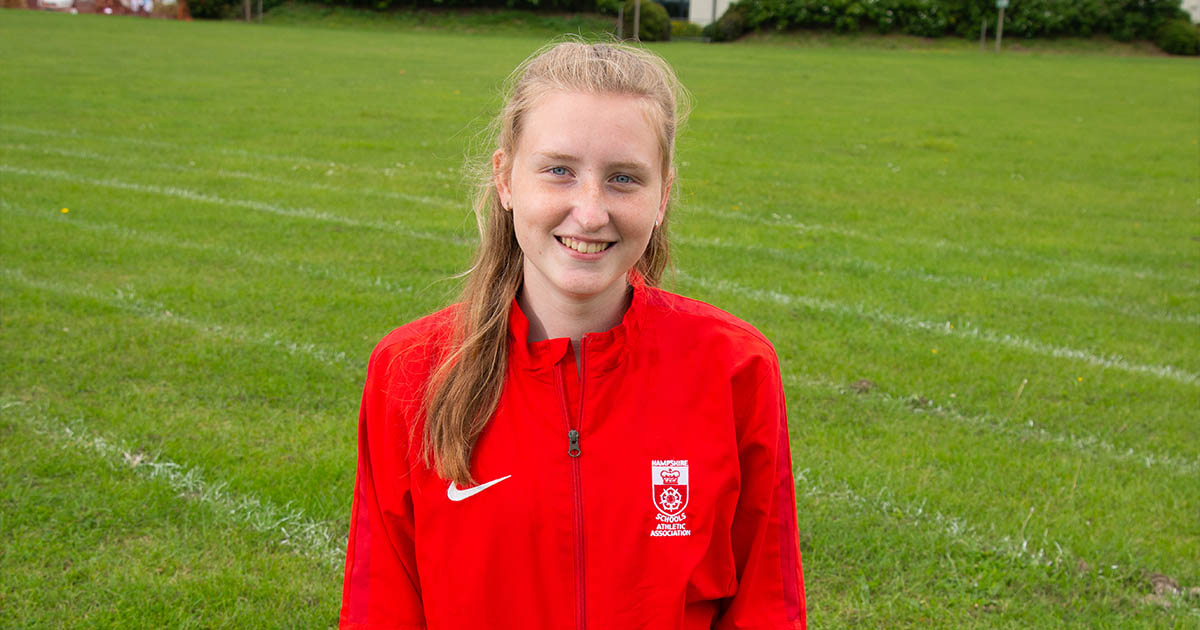 Gordon, who formerly attended Applemore College, achieved her new personal best of 1.67 metres against a dense field of athletes from across the country. Her 1.67 metre jump earned her a fifth-place finish in the large competition and secured her spot in the English Schools Athletics Championships, which take place in Manchester in July.

This is Gordon’s second success this season, after the Barton Peveril Talented Athlete Scholarship Scheme (TASS) student won a bronze medal in the South of England Championships on Sunday 2nd February.

“I’m really pleased with my performance at Nationals. Having not achieved a PB indoors in a year, this was a massive achievement for me. I’m looking forwards, hoping to carry this into my next competition in April where the aim is 1.70 metres.”

Gordon now looks to continue pursuing her love of sport at Loughborough University, where she has an offer to study Sports Psychology after completing her studies at Barton Peveril.