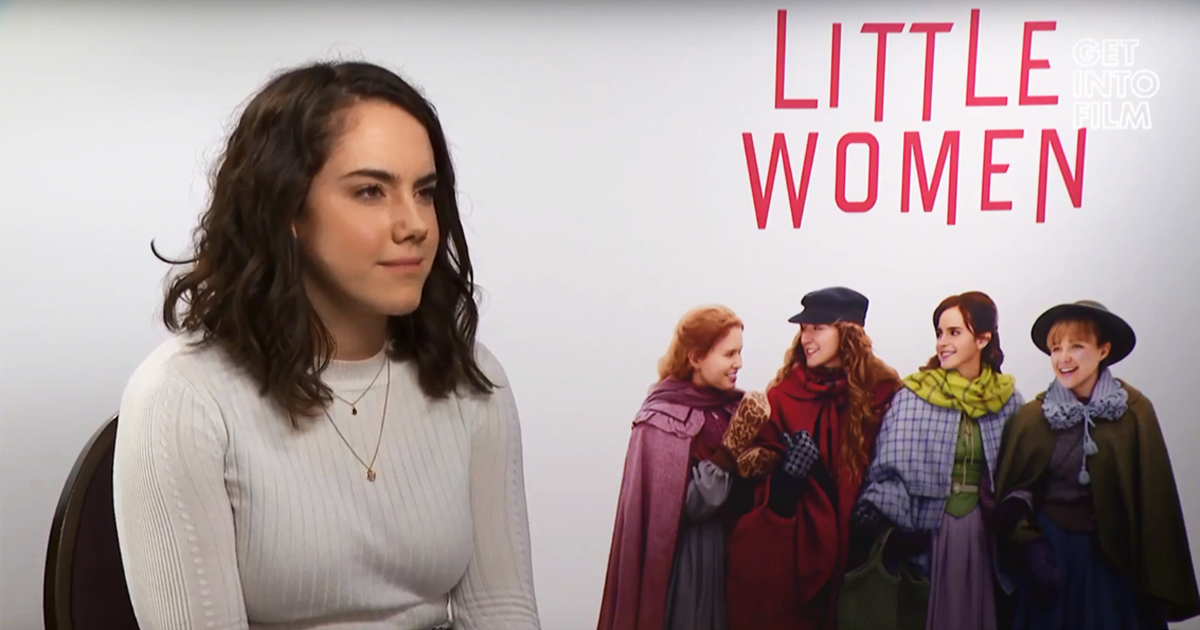 Barton Peveril Sixth Form College student Eden Mullins has become a Young Reporter for Into Film, an initiative that gives the nation’s young people an opportunity to experience life working in the film industry.

As part of her work as a Young Reporter, Eden has already interviewed Little Women Director Greta Gerwig and actor Saoirse Ronan at the film’s press junket in December.

Eden, who formerly attended Meoncross School, is one of just 30 students from throughout the country on Into Film’s Young Reporter Programme. The Young Reporters went through a rigorous selection process to earn their places on the programme, submitting an in-depth application and then attending an audition day full of screen tests and mock interviews at Into Film’s Head Office in London.

As part of her role on the programme, Eden frequently creates content for Into Film’s social media channels, has attended screenings at the British Film Institute, and has attended press junkets interviewing A-List celebrities.

Speaking on her work for the programme, Eden said:

“I never thought I would get onto the programme, it’s such an incredible opportunity. Getting to meet Saoirse Ronan and Greta Gerwig was a life changing moment for me and I really think opportunities like this will help with me wanting to work in film production in the future.”

Eden now has plans to study Film Production at University, after completing her studies at Barton Peveril this year.

You can watch Eden’s interview with Greta Gerwig and Saoirse Ronan, here: