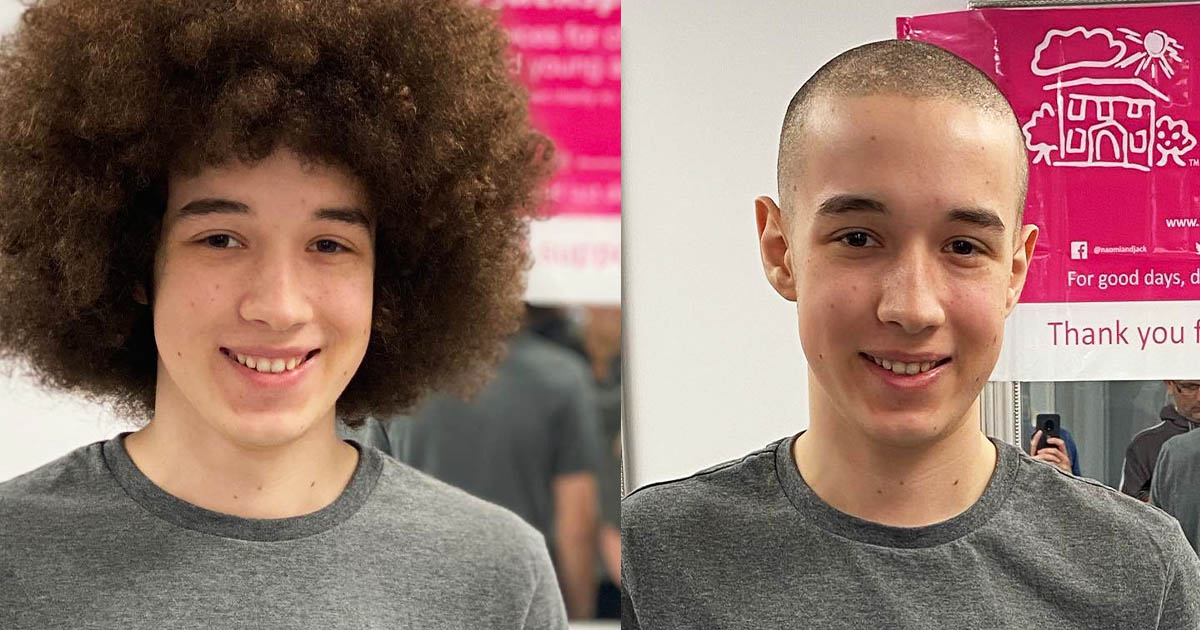 Barton Peveril Sixth Form College student Jack Purkiss has shaved his head for charity, at an event on Saturday 14th March 2020. Jack, who had been growing his hair for over a year, underwent the charity head shave to raise funds for local charity Naomi House & Jacksplace.

Jack, who joined Barton Peveril from Crestwood Community School and is now in his second year of study, set out to raise £300 for the charity after previously raising funds for Naomi House & Jacksplace with his band. To date, Jack has surpassed this goal and has currently raised over £500 for the cause.

Speaking on his charitable endeavours, Jack said: “I chose Naomi House & Jacksplace as it’s a really great charity that helps with providing specialist hospice care to life threatened children and young adults. I’ve worked with them a little bit before through a band I was a part of, where I got to see what they did in person. Overall it’s just a great thing and I’m happy to be able to help a bit.”

Jack was supported by salon Blue Butterfly Beauty, Eastleigh, where his head shave event was hosted.