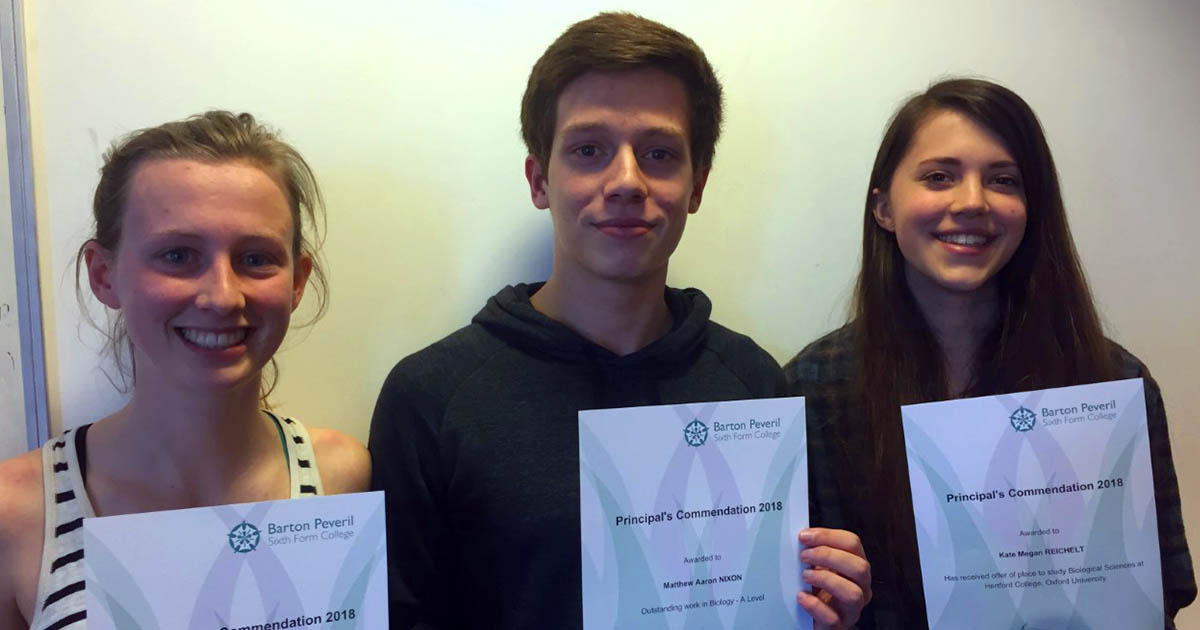 Students with their Principal’s Commendations

Principal Jonathan Prest commended a group of students for their outstanding work, progress, commitment and service to the College and its wider community, on Wednesday 14th March 2018.

As part of the lunchtime ‘Principal’s Commendations’ event, Jonathan Prest gave a congratulatory talk to all the commended students before handing out their certificates and talking to them individually on their achievements. Praising this group, he said:

“You are people who have been awarded for amazing academic achievements, the effort you’ve put into all your work, the progress you’ve made, the outstanding attitude you have in and around college, the leadership you show to draw people in and make things happen in our large community, and for being ambassadors who show others what Barton Peveril stands for. Congratulations.”

The Barton Principal then added:

“You’re a fantastic example to other people. You can change other people’s lives for the better, through your example. You are outstanding citizens of the college and will take what you’ve learnt here to continue to be brilliant citizens in the wider community, in the future.”

All the students, who were awarded commendations, were nominated by their teachers for a variety of achievements. Former Wyvern College pupil Evan Preston was commended for his contribution to Moving Image both inside and outside college, having recently been long-listed for an award at the Winchester Short Film Festival. Evan stated that:

“It’s really nice to be recognised by Barton and your teachers for your achievements, which is really encouraging too.”

Amongst the students were also pupils Lauren Mackenzie (pictured left) and Katie Riechelt (pictured right), who were both commended for receiving offers to study at the University of Oxford. Lauren Mackenzie, formerly of Cantell School, will be going on to study Mathematics at Balliol College, Oxford. Katie Reichelt, former pupil of St. Anne’s Catholic School, was offered a place at Hertford College, Oxford to study Biological Sciences.

A list of all the students who received Principal’s Commendations can be found here.