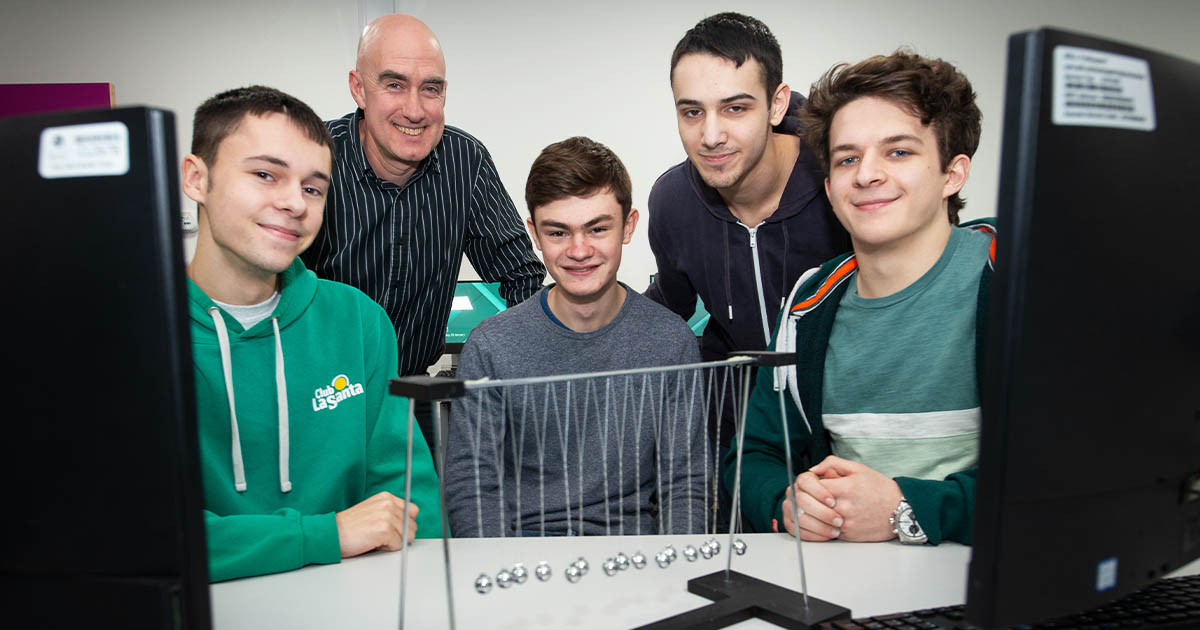 Seven Barton Peveril Sixth Form College students excelled in the first round of the annual British Physics Olympiad, with one of the group placing in the top 100 nationally out of a total 2100 entrants.

The British Physics Olympiad requires students to sit a series of papers that test their knowledge beyond the A Level syllabus. Four of the Barton Peveril students received Commendations, two a Bronze II, and one a Top Gold.

Both Luke Kennedy and James McQueen have also received offers to study at the University of Oxford this year, Kennedy to study Physics and McQueen to study Materials Science.

“It’s great to see our students are willing to challenge and push themselves beyond the specification. This year has seen an increase in the number of students who wanted to take part and it’s nice to see the interest in Physics growing each year.”