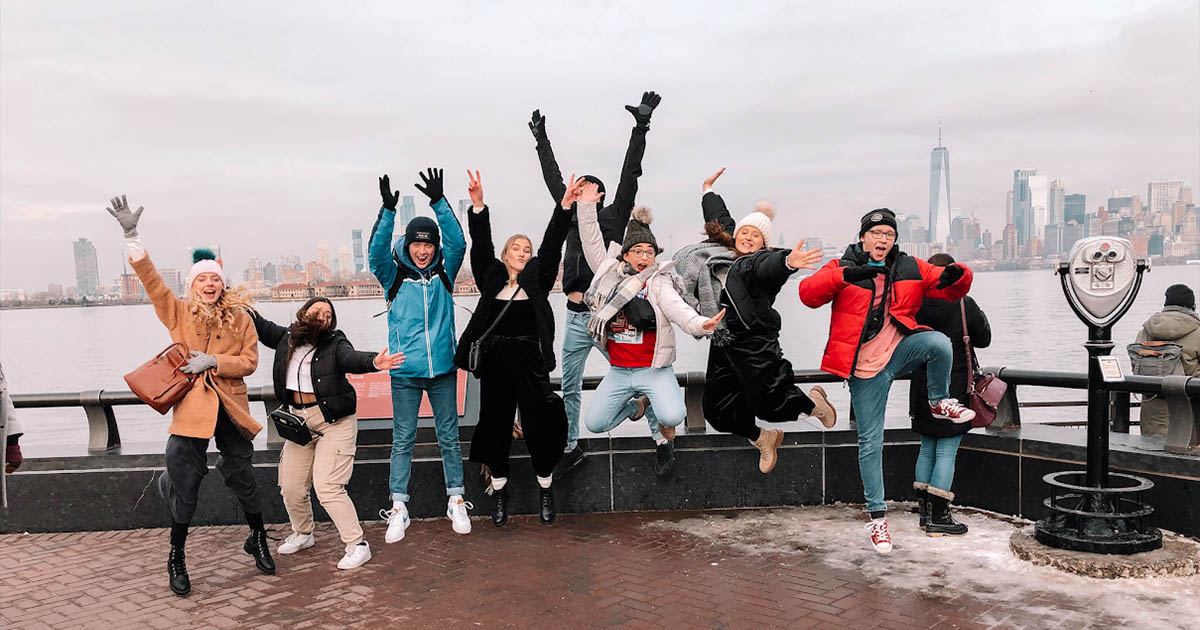 The students toured Broadway and received masterclasses from industry experts, who perform in the world’s most renowned production. The group watched performances of Beetlejuice and Mean Girls, before attending a Beetlejuice singing workshop and a stage combat workshop in New York’s world-famous theatre district.

In their spare time, the Barton Peveril students toured iconic landmarks and locations including the Statue of Liberty, Times Square, and Radio City.

“The best weekend ever” 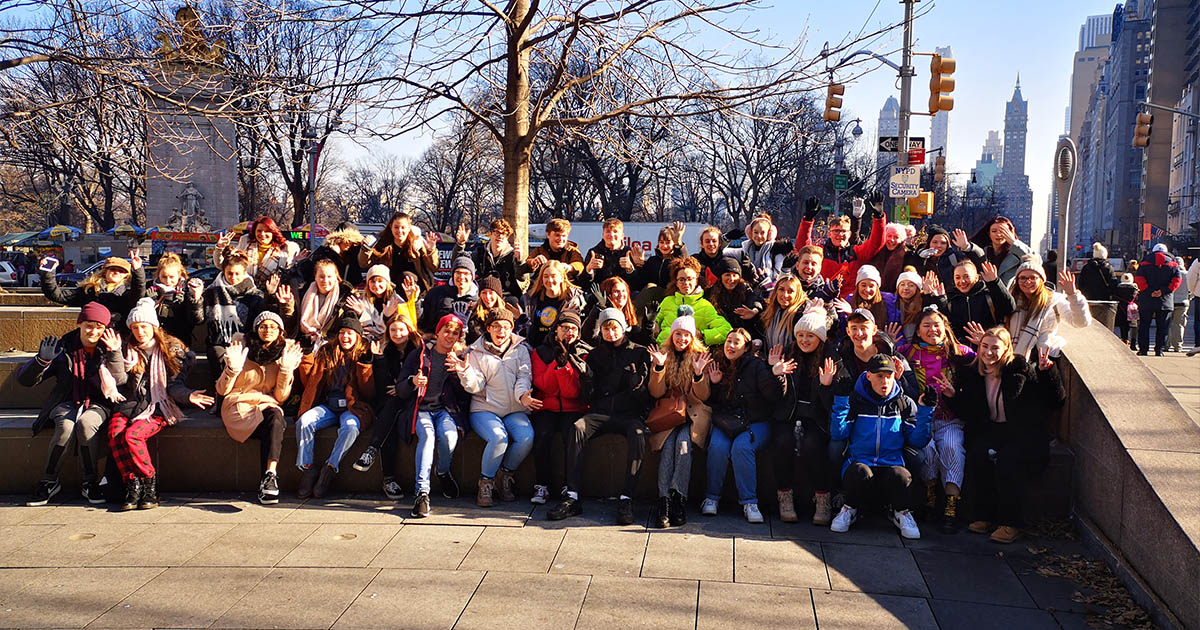 “Going to New York at Christmas time, watching my first ever Broadway show, going to the statue of liberty all seems like stuff that only happen in films and I still can’t quite believe how lucky I was to go to such a stunning, famous place with an amazing group of people! Thanks to Steve for organising and to all the staff who came with us and to all of the Performing Arts students who shared the best weekend ever with me!”

“It is always a humbling experience when we take a group of Performing Arts students to New York and this occasion was no exception. The students were so excited and had such an incredible time, their faces were a joy to see when they first saw the lights on Broadway and the explosion of colour at Times Square.”

“They did us proud the entire time we were there and really impressed the Beetlejuice cast members in their workshop, they were genuinely surprised at the level of ability of our students!  We crammed so much into our time there, with tours, workshops, shows and a little bit of Christmas shopping. An amazing trip with an amazing group of young people.”