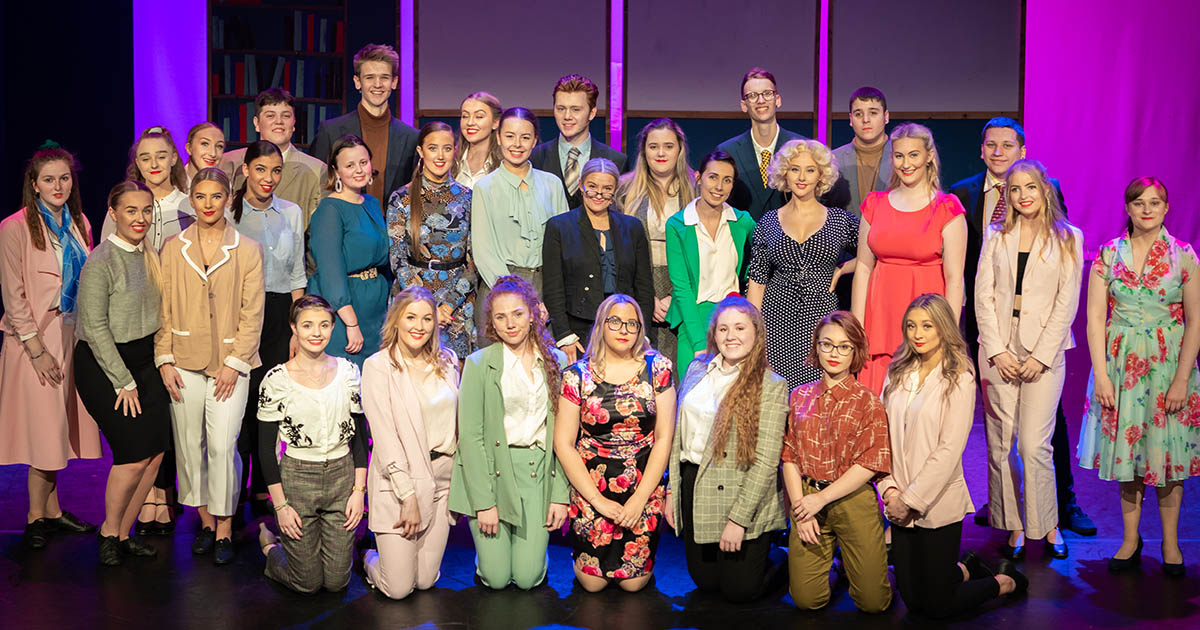 Those Barton Peveril students, who secured places at the country’s top Conservatoires, performed together in their production of 9 to 5: The Musical.

The students, who studied Performing Arts (Musical Theatre) alongside a combination of other subjects at the College, underwent rigorous audition processes to be selected for their places at the prestigious performing arts institutions.

Swanmore College’s Teagan King and Chamberlayne College for the Arts’ Abi Lavender both achieved places in the Academy of Contemporary Music, whose alumni include world-famous singer and songwriter Ed Sheeran.

“Seeing our students progress onto such prestigious Conservatoires, around the country, is incredible. The large number of offers received is a testament to the hard work and dedication of students and their commitment to the number of shows they performed during their time at Barton Peveril. We are immensely proud of them and look forward to seeing how their careers in the Performing Arts take off!”