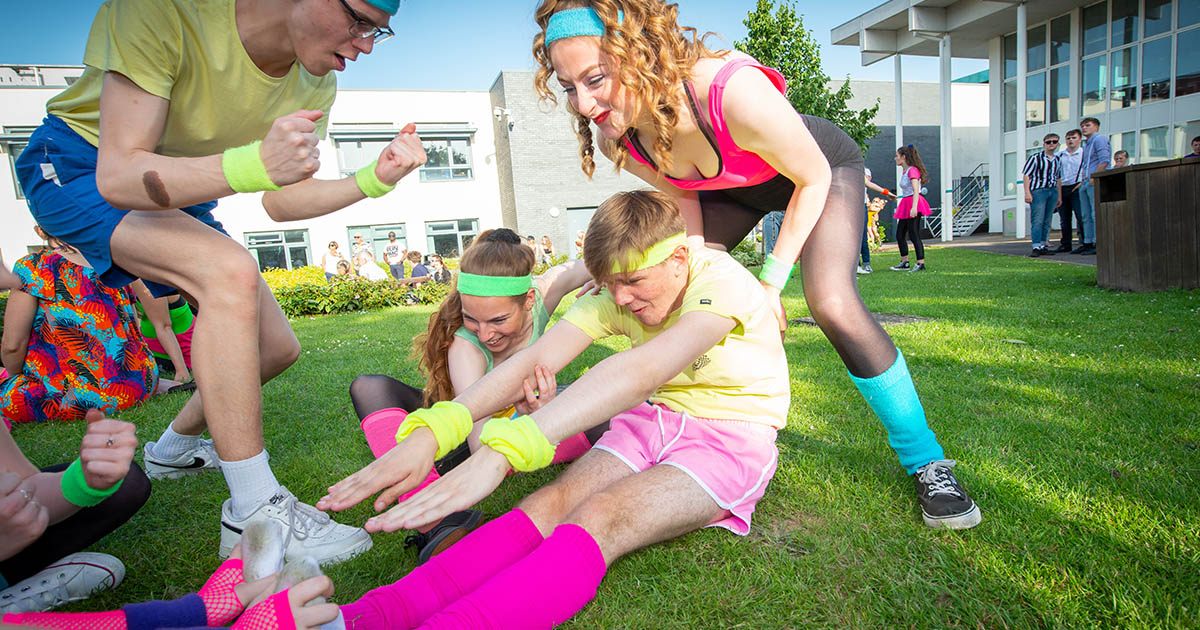 Barton Peveril’s Performing Arts students held a successful Immersive Theatre production on Thursday 28th June, transporting guests back in time to the 1980s. Friends, family, local residents, and alumni who studied at the College during the 1980s were in attendance, meeting current students who remained in character and improvised as they interacted with the visitors.

The Performing Arts students involved planned, organised and ran the event using the skills they learned during modules on Improvisation. 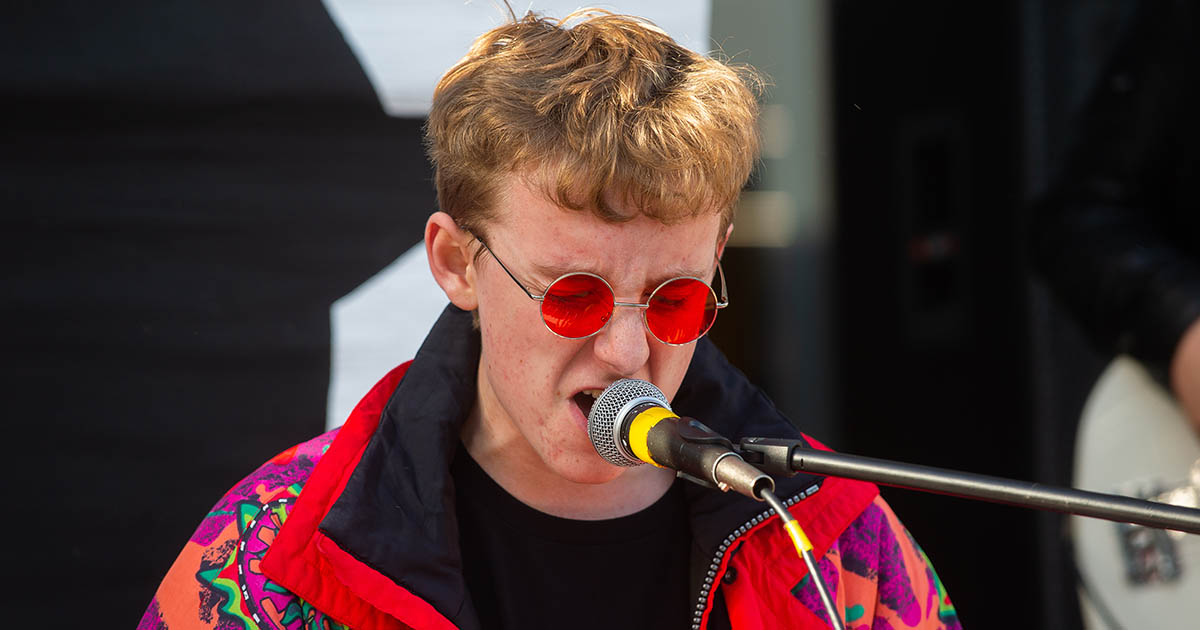 Upon arrival guests got to watch the College’s Music and Performing Arts students recreate famous Live Aid performances, before tasting nostalgic ‘80s food whilst watching students perform hits from famous musicals Footloose and Fame. The time-travelling guests were also themselves immersed in the pop culture, learning a dance-off routine and taking part in a ‘Let’s Get Physical’ workshop. The experience was concluded with students’ rendition of an episode of Top of the Pops, lip-syncing to popular songs from the decade.

“A glimpse of the decade” 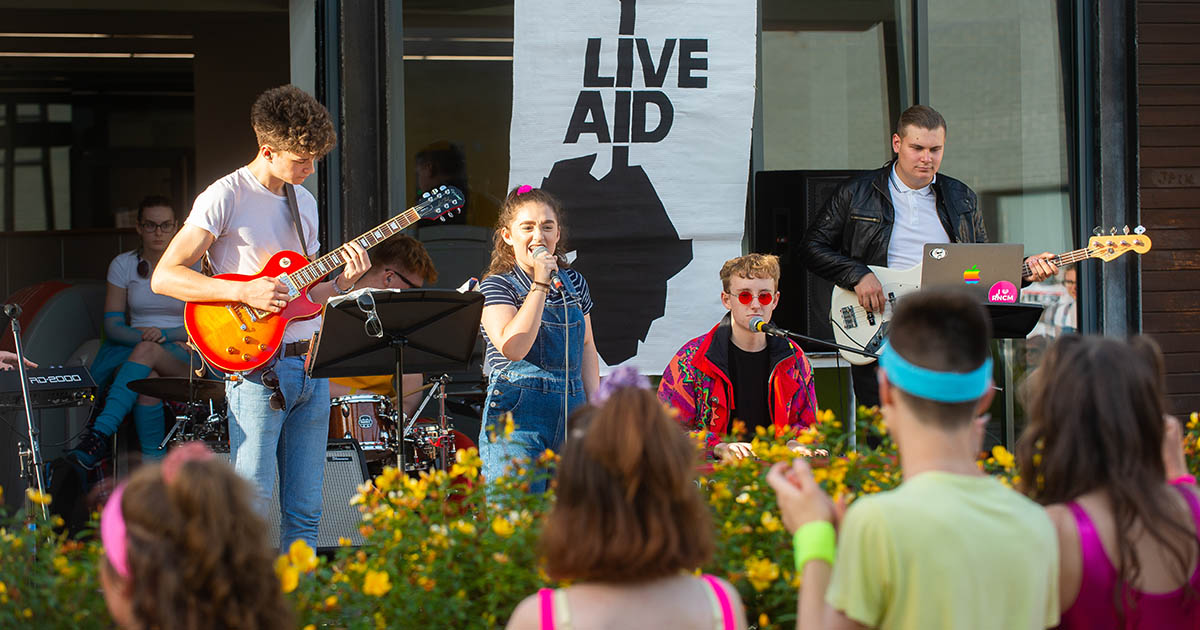 “It was great seeing the students perform in an era a lot of their parents experienced. There was a nice mix of 1980s film, music and dance and the students worked incredibly hard to bring the experience and the decade to life.”

“The ‘80s experience was great because it gave me a glimpse of the decade and was fantastix to take people who were there back to their past. It was great fun and I loved planning, preparing and performing in the experience with a fantastic group of classmates whilst learning a lot about all the areas of the Performing Arts industry.”