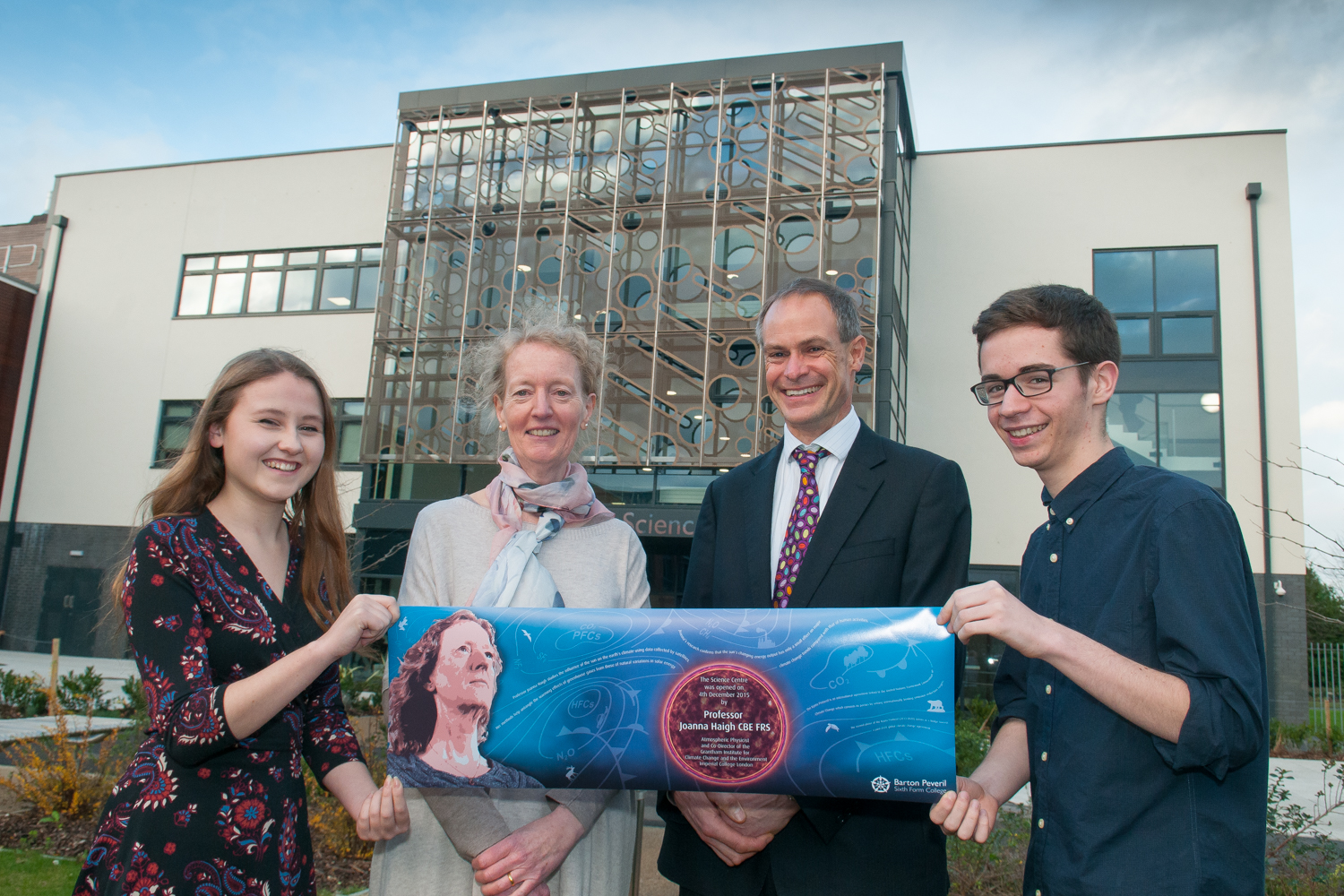 Staff and students at the College were joined by school head teachers and businesses from across the region for a special plaque unveiling by Professor Joanna Haigh from Imperial College London who is Co-Director of The Grantham Institute for Climate Change.

Professor Haigh attended the college to give a special key note speech on climate change for the college’s annual STEM (Science, Technology, Engineering and Mathematics) Day. Over 100 pupils from surrounding schools including Swanmore College of Technology, Thornden School and The Mountbatten School took part in practical workshops and watched an interactive science show from the University of Southampton.

Our priority is to help develop and prepare our current and future students for higher education, apprenticeships and fulfilling careers. The new Science Centre allows us to explore science, technology, engineering and maths in a high-tech environment, enhancing our student experience. We are confident that this will inspire other young people to study STEM subjects with us, which is a vital part of the local plan for generating wealth and opportunity.’

The Science Centre is the latest building development at the college, following 2013’s Nobel Prize winner Sir Tim Hunt’s opening of a new £4.2M maths, psychology and media centre. Building work began on the Science Centre at the college in February this year, and was completed in time for students starting their courses this September to use the new facilities.

Barton Peveril student Tamsin Newlove attended the opening ceremony and is already benefiting from the new Science Centre. She said: ‘I’m studying chemistry, physics and further maths at the moment so having brand new science labs is just brilliant. I’m hoping that working with the best facilities now will help with my aim of studying at the University of Cambridge next year.’